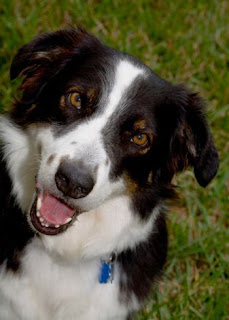 An Oregon sheep rancher successfully lobbied state legislators to introduce a bill to designate the Border Collie as the state's official dog. It was introduced last winter and if passes, it will be signed into law.

Dogs have long played a part in our daily lives, and some have played a part in history. Wanting to honor the Border Collies' role in Oregon's agricultural history, the breed may soon become Oregon's Official Dog.

Several states have honored canines by designated them as the official state dog.

Maryland was first in the state dog tradition in 1964 by naming its native breed, the Chesapeake Bay Retriever, their official state dog. More recently, the Alaskan Malamute, the largest and oldest of the Arctic breeds, got its designation after an Anchorage kindergartner inspired a group of kids to lobby Alaska's state legislature. In 2009, the rare Chinook became the state dog of New Hampshire after a successful campaign started by a dog-loving science teacher and some enthusiastic students who got a civics lesson, too.

The honored breed often has a longstanding relationship with state residents and represents a part of the state's history. For example, Chinooks were bred by sled-dog driver and explorer Arthur Walden in the early 1900's.

Nine other breeds have been declared official state dogs:

The Catahoula Leopard Dog (Louisiana, 1979) is bred to handle cattle and hogs and has a reputation for size and strength. American settlers in the South developed this spotted breed.

The Boston Terrier (Massachusetts, 1979), bred from crossing Bulldogs and English terriers, was developed after the Civil War in Boston as a strong, smart fighting dog.

The Plott Hound (North Carolina, 1989) gets its name from the German immigrant who settled in North Carolina in 1750 with five Hanoverian Hounds. Plott bred dogs for hunting boar and bear.

The Great Dane (Pennsylvania, 1965) developed in Germany as a hunting and guard dog was widely used as a working dog during Pennsylvania's frontier days.

The Boykin Spaniel (South Carolina, 1985) is a hard-working bird dog which began with a stray dog who had a knack for retrieving waterfowl.

The Blue Lacy (Texas, 2005) was thought to have resulted from a cross between a coyote and a Greyhound, and was developed in Texas in the mid-1800s.

The American Water Spaniel (Wisconsin, 1985), bred to retrieve from boats, was developed in the Great Lakes region of the United States in the mid 1800s.
Posted by Joanne Osband at 6:15 PM