Tips On Taking Photos of Your Pet

Jim Dratfield is a New York-based photographer who has specialized in pets for 8 years. His sepia-toned animal portraits, taken with partner Paul Coughlin, are available as note cards in gift shops. Chuck De Laney, a professional photographer for more than 20 years, is dean of the New York Institute of Photography in Manhattan.

HERE ARE THEIR TIPS:

What Makes a Great Pet Photo?

Professionals use the "ESP rule," says De Laney: Expressions Sell Pictures. "The single most important quality is that the picture gives the sense of the personality of the animal," he says. "And secondly, if the particular pet in question has a unique or rare quality, if you can capture that, that's a plus. What aren't great pet photos are the kind of very stiff and posed pictures we see of the winner of the kennel show. Most of us want to see more life and fun instead of the pet just standing around as the world's stiffest chihuahua."

Some of the best photos catch pets in their regular environments and in the middle of routine activities.

"If your cat likes to play with a sock on a string or your dog has a favorite toy, they'll be more relaxed doing that, and it will also give you a chance to predict where they're going to be," Dratfield advises. "If you know that when you make a certain noise and drag that piece of string a certain way, he's going to peek around the corner, then set up to take the shot at that corner."

It is also a good idea, Dratfield says, to try not to draw attention to yourself. Be very quiet when you creep up on a priceless expression.

Tricks for Staging a Photograph 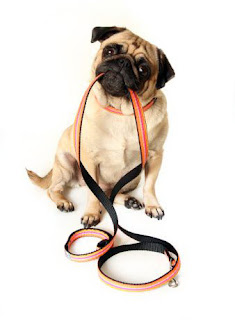 "If you are trying to pose a dog or cat, the first problem is keeping them still while getting their attention.

"Some dogs like to pose and take instruction well. Other dogs, the minute you do that they get uptight. If it's not in the animal's character, I would recommend against it," says Dratfield. But dogs aren't the biggest challenge, he says. Cats are.

Dratfield will sometimes place a cat or dog on a high chair so that they will hesitate before jumping off. Then he shoots quickly before they do. He will also have an assistant dress in a smock made of gorgeous fabric and hold a cat still in his lap. With the camera up close, the cat looks as if she's draped in expensive tapestry.

Both photographers use food treats, toys and interesting objects to get their subjects' attention. They often hold the objects next to the camera lens, just out of range, so it seems that the animal is looking straight ahead, he says.

"A trick I use a lot with pets and young babies is to exploit their natural curiosity," says De Laney. Pets often ignore routine calls for attention so De Laney surprises them. He fills a paper bag with a handful of rice or dried beans and pulls it out from behind his back and gives it a shake to get their attention.

Dratfield warns, however, that using food with a dog can backfire – "like a Labrador that might start frothing and get all excited."

"If you know your dog gets too wired for that, sometimes there's a word or sound that will calm him down," he says. With one canine, Dratfield started naming destinations. "I tried Oshkosh and Green Bay, and then said Milwaukee. She got excited and her ears popped up," he recalls. It turned out the dog liked to be walked, so the sound of Milwaukee got her attention.

It's often wise to have someone to help you out. One of Dratfield's most striking shots, of two Dalmatians each facing a different direction, involved having two assistants hold each dog's food to a different side so the animals looked in opposite directions.

Another Dratfield trick: To get two animals to cuddle, try rubbing a bit of food behind the ear of one of them, and be prepared to shoot fast.

Getting the Right Colors

De Laney suggests injecting color into the background of your pet's portrait, but says the shade should be complementary to the animal. Golden retrievers and redheads look good against a background of dark green. White-colored cats are flattered by blue or another cool color. And a black Labrador retriever needs a lighter backdrop.

Getting the Best Angle

Place the camera at about the same level as the animal, so the frame will be filled with the subject, Dratfield advises. If you're outdoors, get down on your hands and knees to go eye-to-eye with your pet. Not every picture has to be taken from that angle, but, Dratfield says, "Animals are very pure and honest in their responses, so it's lovely to capture some pictures at that level."

Pose your pet in a room or on a piece of furniture he considers cozy, or, if you're doing outdoor shots, you can position your subject in front of a tree. "Just be careful that the trunk is not directly behind his head," says Dratfield. He and De Laney both agree it's important to remove clutter from the background, whether the shot is indoors or out.

If a dog has a favorite chair that will make him feel comfortable but the fabric is a busy print, toss a plain-colored cloth over the furniture, De Laney suggests.

Delaney is no fan of funny costumes for pets, saying they tend to make an animal look tense and uncomfortable. "I think the guideline I would encourage pet owners to keep in mind is, 'Would I mind appearing in this outfit, or is it in such bad taste that I'd be insulted?'" De Laney says.

But some dress-up shots work, like a picture De Laney saw of a bunny wearing a pair of sunglasses. "It looked cute," he says. Dratfield believes costuming should be left to the pet owner's taste.

How to Get Your Pet into the Family Portrait

The easiest solution is to place the pet in the lap of someone they feel comfortable with, says Dratfield. But sometimes it's the human members of the family who need guidance. De Laney says family members can feel awkward sitting for group portraits and the challenge is to bring a sense of unity to the picture. Have all the people look in one direction or at each other and strive for a natural effect.

"You don't want a picture of Mom sitting next to the dog like a pair of frogs on a log, so get Mom to put her arm round the dog or scratch the cat's neck, or whatever the case may be,'' he suggests.

Because pets can be unpredictable and jump at the slightest camera click, set your shutter speed at a minimum of 1/125th of a second. That way your pet won't come across a fuzz ball if he leaps away quickly. "I do 125th a lot, sometimes 250 or even 500," says Dratfield.
Posted by Joanne Osband at 6:24 PM