Study on Longevity in Dogs 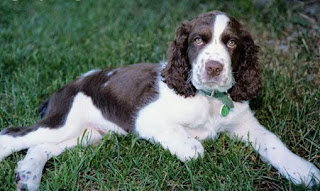 Since the earliest domestication of wild dogs, human beings and canines have been nearly inseparable.

With the passing of time, we have evolved behaviors that cater to the dog's best interests. We have also worked to bring out the traits in them that we find most desirable while simultaneously suppressing those with which we disagree. This has been done through careful application of selective breeding, giving rise to specialized dogs with singular purposes. But a new study shows that in addition to changes in behavior, this artificial selection has also had an effect on canine longevity.

According to the study, to be published next month in The American Naturalist, calmer, low-energy dogs live longer than their bolder, higher-energy counterparts. The scale upon which the docility of the dogs is measured was first introduced in a Journal of General Psychology study in 1995. According to that scale, the mellow Springer Spaniel is 34 percent more docile than a Basset Hound and is twice as likely to live past ten years of age. Poodles, being 24 percent more docile than Boxers, are four times as likely.

The new study’s author Vincent Careau, along with colleagues at University of Sherbrooke in Quebec, was careful to compare dogs of a similar size only and collected the data for the paper from studies done previously. Using this information, he has arrived at what he is calling an “undesired correlation into longevity.”

The greater impact and implications of this study remain to be seen.
Posted by Joanne Osband at 7:23 PM