Does your dog burp? 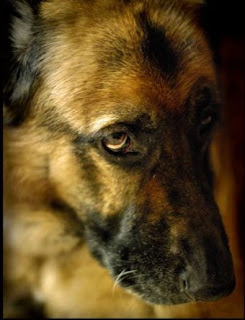 According to Wickipedia, a burp (also known as belch, rectus or erucation) is the release of gas from the digestive tract. It most commonly comes from the esophagus (the tube that takes food from the mouth to the stomach) or the stomach. It is accompanied with a typical sound and occasionally that sound (air) can be accompanied by an odor.

Most interesting according to Wickipedia, "burping" is significantly quieter and much more subtle than "belching." Did you know that!

Yes, you bet they can.

Burping occurs when there is swallowed air in the esophagus or stomach. It is common for some dogs to swallow air when eating or drinking - especially when they eat too quickly.

My Golden Retreiver would burp shortly after every meal. It was a given. Sometimes she would burp right in your face!

Dogs are funny, aren't they?

So, what can you do about your dog's burping?

The best thing you can do is to encourage your dog to eat slower (easier said than done if your dog is one of those that "inhales" his food). You can often feed smaller portions more frequently and some people even place an object in the bowl (such as a baseball) so that the dog has to keep moving the object to eat around it (thus forcing the dog to eat slower).
Posted by Joanne Osband at 8:40 PM