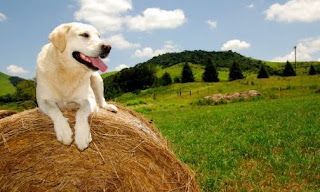 You have decided to add a dog to your family. Now you need to decide, should you adopt a mixed breed or a purebred?

It's important to learn the positive and negative aspects of both so you can make an educated decision.

Purebred dogs come with canine "roadmaps" detailing their personality traits, idiosyncrasies and health profiles. However, purebreds are often less hardy than mixed breeds, both physically and often emotionally, as a result of inbreeding.

Mixed breeds are also often less subject to the behavioral extremes seen in many of the purebred dogs. Some of the most important questions you need to ask yourself would be: Are you interested in a particular look? Can you handle some unpredictability? Are medical issues a worry? How big is your pocket book?

The Look of Love

For some people, the look of a certain dog breed is what they crave. The refined, graceful Saluki or the massive strength of the Rottweiler is what they want.

By adding a purebred puppy to your home, you have a pretty good idea what you are going to get when he becomes an adult. With over 150 American Kennel Club (AKC)-recognized breeds, and many more breeds beyond this, there are a lot to choose from.

If looks aren't that important and you enjoy the unknown, think about a mixed breed. Though you may have an idea of the breeds involved in your pup, you won't know how those breeds will affect the overall size and look of your dog until he is all grown up. For some, personality is more important and watching their puppy grow and develop is part of the fun.

Each breed has its own history and reason for being that has become part of its genetic code. The AKC divides the breeds into eight groups that essentially reflect their backgrounds: sporting, non-sporting, hounds, working dogs, herding dogs, terriers, toys and a small miscellaneous class. The dogs within those groups all have similar personalities and characteristics. As the purebred pup grows, you have some idea of what to expect. Parson Russell terriers, for instance, need lots of activity and the beagle has a tendency to dig.

A mixed breed dog has a wide-open and rather unpredictable future. The mix of breeds used to develop this special pup can result in many different personalities. Even though your puppy may look like he has some German shepherd in his lineage, this doesn't mean he will be a natural guardian and protector. Some people feel that mixed breeds are an open slate and are an easier fit to any lifestyle. Without a hardwired temperament, these dogs can be trained the way you want them. But, there is also the possibility that by mixing breeds, the worst aspects of their personality can be amplified, resulting in a mixed bag of trouble.

Purebred dogs are specifically bred to other dogs of the same breed. This selective breeding has led to some small genetic pools, which results in an increased risk of certain genetic disorders. German shepherds and St. Bernard's have a tendency to suffer from hip dysplasia, a degenerative disease that causes lameness, while Dalmatians have a tendency toward deafness and urinary stones. Typically, responsible breeders are aware of these potential problems and have diligently worked to reduce the risk. However, generally speaking, purebred dogs are more prone to certain illnesses than mixed breed dogs.

The mixed breed dog tends to have less genetic disorders. A testament to "hybrid vigor," dogs developed by mixing genetic material from a variety of breeds usually end up with more stamina and are generally a hardier group of canines.

How Much Is That Doggie?

One final aspect to consider when deciding between a purebred or a mixed breed dog is cost. If you are interested in having a show quality Rhodesian ridgeback, be prepared to pay $800 to $1000, or even more, depending on lineage. Even the more common show quality purebred golden retriever can set you back several hundred dollars. This price does not just get you a purebred pup but also gives you the dog's history. The breeder should be able to tell you about the temperament, personality, health concerns and life span of your pup's ancestors. This can help you prepare and have a better idea of what the future holds.

Mixed breed dogs tend to be significantly less expensive to obtain. Whether adopted from a shelter for a nominal fee or given a home and refuge from the streets, these mutts can be obtained with a minimal initial investment.


Be aware that the cost of owning a dog is the same whether he is a champion show dog or a stray taken in from the streets. Food, toys and veterinary care all cost the same.
Posted by Joanne Osband at 8:13 PM