Is your dog notorious for begging? Those big eyes or whine that tug at your heartstrings. 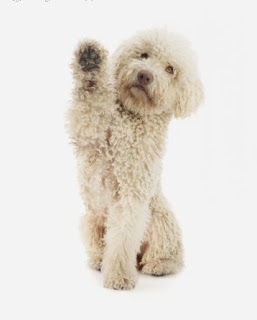 Dog owners usually respond to begging in one of two ways: getting angry or annoyed with their dog, or giving in. Neither of these is a helpful approach to begging.

Even if your dog is not begging for food, giving in can have negative consequences. Each time you turn your attention to him when he whines, you are actually teaching him that whining and begging is an effective way to get your attention. This will encourage him to keep doing it.

So how can you get your dog to stop begging? Here are three simple but effective tips:

1. Eat together. No, I do not mean setting a place at the table for your dog; I mean scheduling meals so that you and your dog are eating at the same time. If you give your dog his own food while you are eating, he will be less likely to beg for your food because he will be too busy with his own. This will also put him on a feeding schedule, which is better for your dog in general.

2. Give him something else to do. Along the same lines as tip #1, if you give your dog a favorite toy during the times that he is most likely to beg, it will keep him occupied and distracted. This also rewards him for leaving you alone during mealtimes.

3. Tire him out before dinner. Sometimes dogs beg because they are bored. Too much energy and no way to use it can lead to all sorts of annoying habits in dogs. You can cut down or even eliminate begging with some exercise. Simply take your dog out for a long walk or a brisk run before you sit down to eat, and he will be resting during the meal.

If your dog's begging is less about food and more about attention, he could actually be suffering from a mild case of separation anxiety. In addition to the toys and exercise mentioned above, you can use naturally-produced compounds to relax your dog. D.A.P. (Dog Appeasing Pheromone) products mimic the calming natural chemicals secreted by nursing mother dogs, sending a signal of comfort and safety to her puppies. When your dog senses these pheromones he feels comforted and safe, and thus is less likely to display signs of stress such as begging.

Posted by Joanne Osband at 2:10 PM