Modern language is full of colorful sayings that bring to mind our favorite animal companions.

Today, many animal-related idioms are commonplace, but have you ever wondered about the stories behind the sayings? The history of some might surprise you.

Have you ever tried to solve a problem only to find that you were approaching it in the wrong manner? Some might say that you were "barking up the wrong tree." This idiom harks back to the practice of hunting with dogs. The dogs were often used to flush game out from hiding spots or track them so that their human companions might find their quarry. These trusty canines often chased animals such as raccoons into trees, where their owners could easily find them. If a dog followed the wrong scent, however, they might find themselves barking away at a tree that held nothing. This idiom first became popular around 1832, and was rumored to be a favorite expression of Davy Crockett. 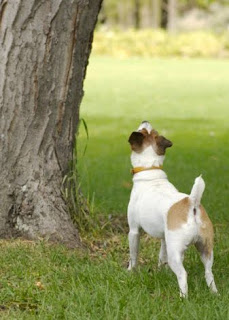 Many people even describe the weather by invoking images of animals. The "dog days of summer" are the hottest days of the season, a time when you and your pet might want nothing more than to relax in air conditioning. The origins of the phrase, however, date back to the ancient Romans. It was the Romans who first noticed that the hottest days of the summer seemed to coincide with the appearance of Sirius, the so-called "dog star" and a part of the Canis Major ("big dog") constellation. At one point these days were referred to as "Canicular dayes."

But even the coldest nights have interesting idioms and the history to go with them. One Australian idiom refers to the practice of sleeping alongside a dog for warmth during cold evenings. A particularly frosty night might require more than one companion, hence it is a "three-dog night."

Animals have always been a rich source of imagery in language, something that has continued even to present day. Whether you are trying to describe a bungled plan or merely talking about the weather, animal-related idioms are a part of many people's everyday language. Digging up their origins can be as difficult as herding cats (origin unknown, but thought to have its roots in the information technology industry-really!) but these sayings often have a rich and intriguing history behind them.
Posted by Joanne Osband at 2:58 PM