The Dog Retreat will be auctioned off in early 2013, with proceeds going to Alejandro's favorite Husky rescue group,
Alley's Rescued Angels. 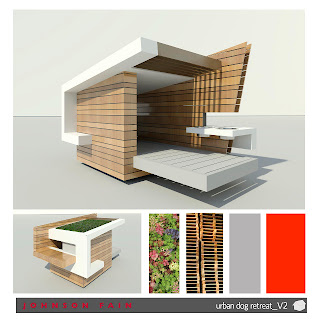 Posted by Joanne Osband at 8:29 PM