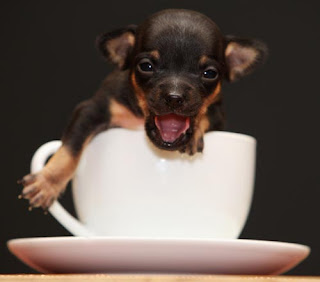 "Teacup" Dogs (also known as Toy Dogs) have gotten quite popular in the past few years.

Not only have they become well-liked pets, they also seem to have become fashionable sidekicks. These miniature dogs are in high demand, and typically they are even more expensive than full-sized dogs.

People have gone "Teacup" crazy ... to the point where "Teacup" pets are spreading to other animal species. Teacup Pigs are the latest craze spreading worldwide.

There's been lots of controversy around Teacup Pets primarily because their teeny, tiny size is outside of the norm. Some people believe their small size makes them cute and cuddly, while others believe it's because they're sick, premature, starved or over bred. 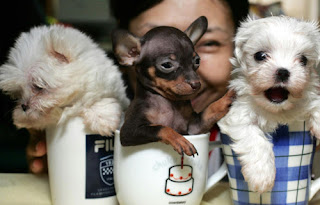 What do you think?
Posted by Joanne Osband at 9:23 PM